What is the Hamilton-Norwood Scale?

The Hamilton-Norwood Scale is the tool most commonly used to classify the extent and pattern of Male Pattern Hair Loss. A visual guide denoting 7 different stages of hair thinning; it can be helpful in determining the most appropriate treatment regime. Here we take a deep dive into this tool, exploring how it is utilised by our Trichologists to help accurately diagnose Male Pattern Hair Loss.

What is the Hamilton-Norwood Scale?

In 1951, James Hamilton pioneered a scale to measure the stages of male pattern baldness, after studying more than 300 males experiencing hair loss1. The scale focused on ‘frontoparietal and frontal recessions and frontal thinning’.

Fast forward to 1975, and after studying patterned hair loss in 1,000 males, Dr. O’Tar Norwood greatly improved this scale2. He observed that thinning begins in the temples as well as the crown/vertex, and slowly progresses to the entire top of the scalp, and thus based his classification on this pattern.

Today, the Hamilton-Norwood Scale remains the only scale used for the classification of Male Pattern Hair Loss. Akin to a visual classification guide, it features seven images each denoting different extents of hair loss, categorised by a scale of 1 to 7. While every individual case of hair loss is different (and cases can widely vary) those experiencing Male Pattern Hair Loss tend to lose their hair in one of a few common patterns throughout their lifetime.

It is necessary to classify both pattern and density, because Male Pattern Hair Loss can manifest as changes in one or the other, or both. For example, a man may retain his hairline, but experience general hair thinning, while another may notice the hairline receding, but not especially see reduced density.

The scales provide a means of documenting what a Client’s hair loss was like when they started treatment, and then at later points during the treatment plan. No system of classification is perfect, which is why photographs can also be helpful. The stages of hair loss included in the Hamilton-Norwood Scale range from receding at the hairline and temples, to balding at the vertex (the crown).

The Stages of The Hamilton-Norwood Scale

No significant hair loss or recession of the hairline.

There is a slight recession of the hairline around the temples.

The first signs of clinically significant balding appear. The hairline becomes deeply recessed at both temples, resembling an M, U, or V shape. The receded areas may be thinner or denuded.

The hairline stays at stage 3, but hair also begins to thin on the top of the scalp (the vertex).

The hairline recession is more severe than in stage 3, and there is sparse hair or no hair on the vertex. The two areas of hair loss are separated by a band of hair that connects to the hair remaining on the sides of the scalp.

The two areas of hair loss are larger than in stage 4. They are still separated, but the band of hair between them is narrower and sparser.

The balding areas at the temples start to join with the balding area at the vertex. The band of hair across the top of the head is gone or sparse.

The most severe stage of hair loss, only a band of hair going around the sides of the head remains, with very sparse or no hair in the top region. 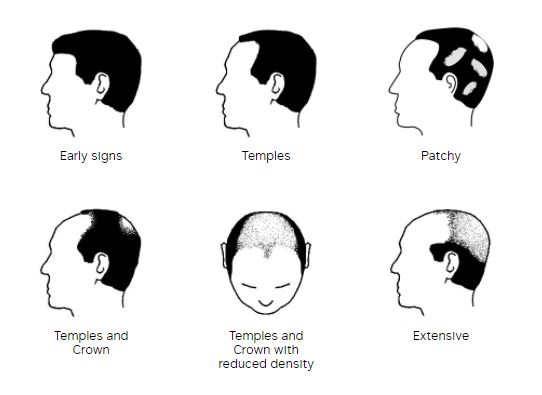 Is the Hamilton-Norwood Scale important?

The Hamilton-Norwood Scale is a useful source of reference, but other factors should also be considered. At Philip Kingsley, we believe that hair density is also key when it comes to making a hair loss diagnosis. We therefore take this into account when recommending the best treatment options for you. The factors we consider, include:

We understand the importance of an individualised approach when it comes to treating hair loss — after all, there is no one-size-fits-all solution. Over the past 60 years, our expert Trichologists and bespoke Clinic formulations have helped thousands of people on their hair loss journey.

We are here to help, both in-person at our Clinic and virtually via video Consultation. Find out which service is ideal for you by completing our quick online assessment. 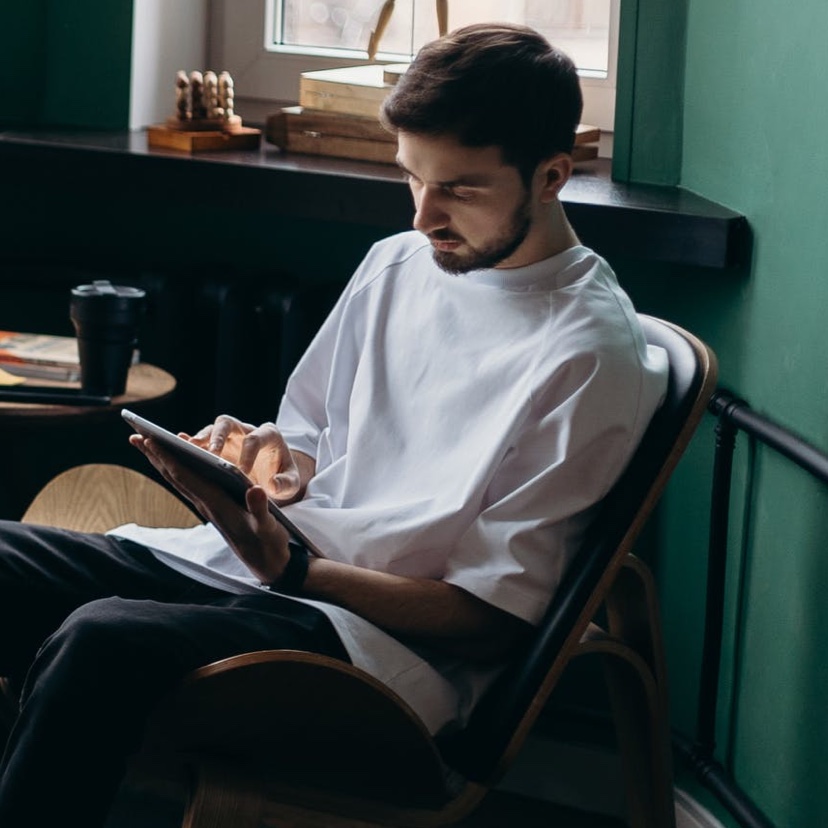