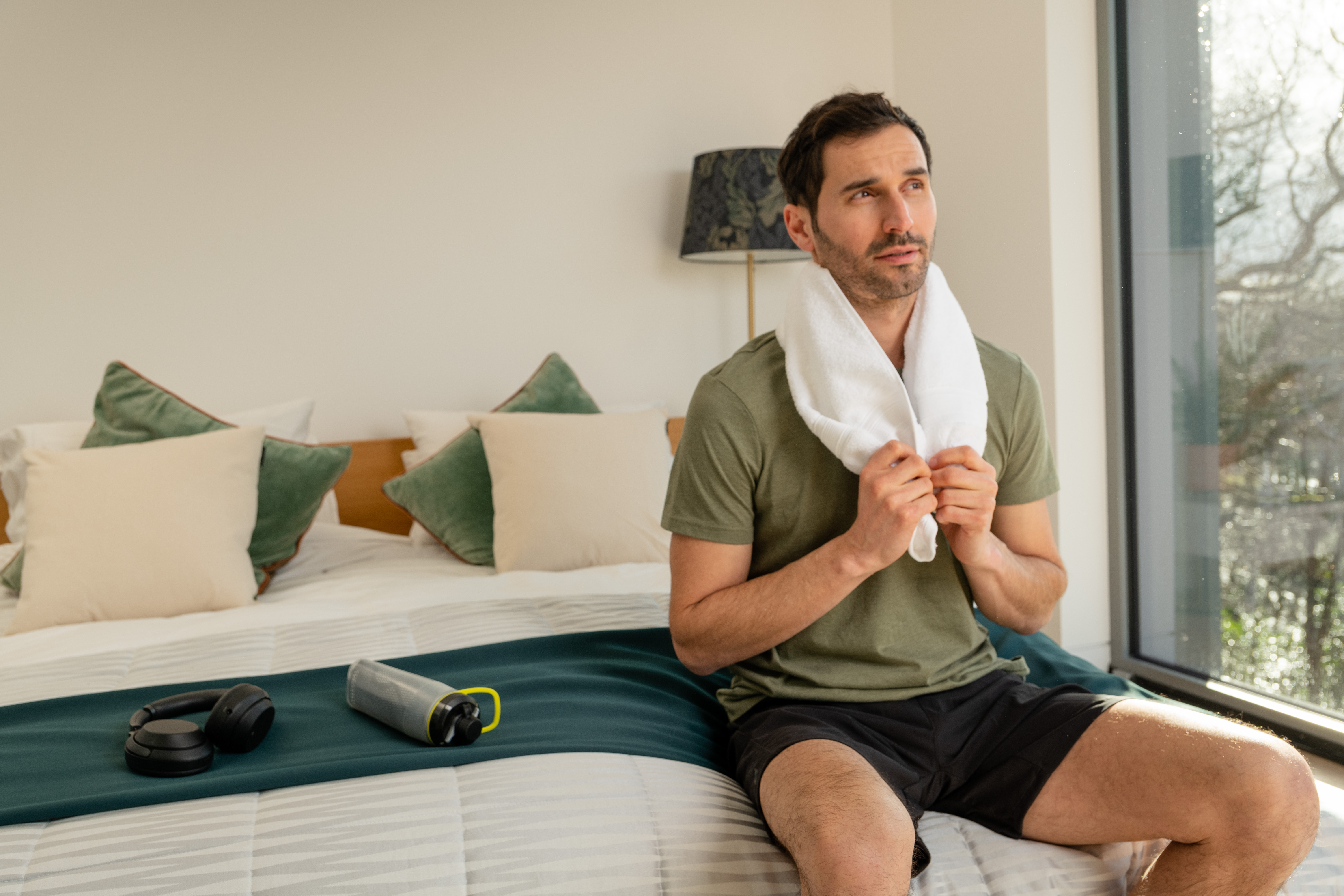 Contrary to popular belief, Male Pattern Hair Loss can be inherited from either parent 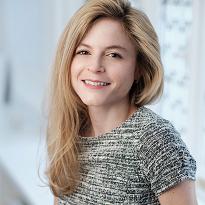 and is caused by a genetic sensitivity in the hair follicles to male hormones (androgens) — primarily the potent hormone dihydrotestosterone (DHT). An enzyme converts testosterone into DHT, which — if you are sensitive to the hormone — causes the hair follicles to gradually shrink or miniaturise with each successive hair growth cycle, until growth ceases completely. The condition can be triggered at any point post-puberty, and we see Clients of all ages in our Clinics who are looking for solutions to combat it. Whilst it cannot be prevented, Male Pattern Hair Loss can sometimes be effectively treated with Minoxidil and/or Finasteride, though results will vary from person to person. In this article you can expect to learn more about the genetic predisposition to Male Pattern Hair Loss, as well as the causes and treatments available to help

What is Male Pattern Hair Loss?

Also known as hair thinning, androgenic thinning, androgenetic alopecia and reduced hair volume, Male Pattern Hair Loss is a characteristic pattern hair loss that may affect the frontal, top and crown regions of the scalp, including recession of the hairline, thinning of the crown (vertex) and frontal areas. It can begin at any age from puberty onwards and can be a distressing condition.

Does Hair Loss Come from Your Mother’s Side?

It is a common myth that Male Pattern Hair Loss is inherited through your mother’s genes. In truth, hair thinning is genetic and can be inherited from either parent. Even if your parents show no sign of hair loss themselves, they may still carry the gene. Equally, just because your parents suffer from hair loss, it is by no means inevitable that you will too, since there are many different causes and types, not all of which are genetic.

Many things can cause or affect hair loss, but Male Pattern Hair Loss is caused by a genetically determined sensitivity in the hair follicles to certain androgens (male hormones), primarily dihydrotestosterone (DHT)1 . An enzyme called 5α-reductase converts testosterone into the potent hormone DHT, which causes the hair follicles in the affected areas to gradually become smaller, or miniaturise, with each successive hair growth cycle, until growth ceases completely. Hair follicles at the rear and sides of the scalp are not normally affected in this way.

Some men are more sensitive to DHT than others, which is why not everyone begins to lose their hair at the same time, or at the same speed. Hair loss can start at the hairline, the crown or on top of the head. The area in which you start to lose hair is determined by your genetics — in some men, the hair around the hairline is the most sensitive to DHT, while in others, the area around the crown starts to thin first.

Male Pattern Hair Loss can begin at any age and we help Clients at many different ages and life stages. If you have inherited follicle sensitivity, it will be triggered at some point post-puberty (which is when your body starts to produce testosterone in sufficiently high quantities). From then on, follicles in affected areas will gradually miniaturise and hair will grow back thinner over time, reducing in volume and length, and making your scalp more visible. Eventually, hair follicles can become so small they stop producing hair altogether.

DHT is also believed to shorten the anagen (growth) phase of the hair cycle, from a usual duration of 3-6 years to just weeks or months. This takes place gradually, together with miniaturisation of the follicles, where hairs in the affected area become progressively finer and less pigmented, until they appear like vellus hairs (the light, short, fine hair that covers most of our body).

Male Pattern Hair Loss does not typically present as increased hair shedding, so you will most likely not notice any more hair than normal falling out in the shower or on your pillow. This is because the hair follicle changes associated with Male Pattern Hair Loss take place slowly, with a gradual change in the length and the diameter of hairs produced from hair follicles in the thinning areas.

How Do I Prevent Hereditary Hair Loss?

As a genetic condition, unfortunately there is nothing you can do to prevent hair loss before it has started. The good news, however, is that we can help as soon as you start to notice changes in the appearance and density of your hair — and the earlier you seek help and treatment, the better your chance of retaining as much hair as possible.

The only two treatments approved by the FDA and MHRA for Male Pattern Hair Loss are topical Minoxidil and oral Finasteride. Minoxidil is a topical treatment, typically presented in liquid or foam form. One way Minoxidil works is by prolonging the time follicles spend actively growing. It may also promote growth from previously dormant hair follicles, as evidenced in a study2 published on PubMed.

Finasteride is an oral medication, which reduces the conversion of testosterone into the more potent androgen (male hormone) DHT, which plays an important role in hair thinning. Both forms of treatment must be used daily and continued long-term to maintain their effects.
As with medical treatments for any condition, response can vary, meaning some people may experience better results than others, and treatment response is itself often genetically determined. Whilst some men may see an improvement in hair density, some may simply maintain their hair in its current state. Others, meanwhile, may slow down hair thinning. All hair loss treatments pose the best chance of success when started early.

Finasteride is an oral medication that works by inhibiting the production of type II 5α-Reductase, an enzyme that converts your body’s testosterone into dihydrotestosterone (more commonly known as DHT). Finasteride isn’t selective when it comes to blocking DHT. Instead of affecting a specific part of your scalp or blocking a specific type of hair loss, it reduces the production of DHT at its source. This means Finasteride should slow or stop hair loss and could potentially regrow some hair regardless of your specific balding pattern. One study conducted in 1999 found that Finasteride slowed hair loss and increased hair growth in men with hair loss around their hairline (hair loss in the frontal region)3.
In another 1998 study, men with Male Pattern Hair Loss experienced a slowed rate of hair loss and a measurable increase in hair at the crown, with the average hair count increasing from 876 at the beginning of the study to 1014, after two years of taking Finasteride4. The treatment is taken in tablet form once a day, and due to the timing of the hair growth cycle, may take up to four months to work. Finasteride, however, is not effective for everyone, and the response to treatment may vary according to stage of hair loss and genetic factors.

Minoxidil is a hair loss and hair regrowth treatment that’s been used to treat Male Pattern Hair Loss for decades. In fact, it is the only topical medication approved to treat Male Pattern Hair Loss by the MHRA in the UK and FDA in the US. Like most hair loss treatments, Minoxidil begins working immediately, but can take several months to produce noticeable results, due to the timing of the hair growth cycle, and average rate of hair growth. It is not currently known exactly how Minoxidil works to combat hair thinning, but research cited in PubMed.gov suggests it helps to shorten the telogen phase of the hair cycle, which becomes longer in Male Pattern Hair Loss, and prolong the time follicles spend actively growing (the anagen phase)5. This is why some people may experience a little increased hair fall in the first few weeks of treatment, as resting (telogen) follicles shed their hairs and enter a new growing (anagen) phase earlier than they would have otherwise.

Minoxidil does not combat the effects of DHT on your hair follicles, which is why a combined treatment (like our Combination Plan) uniting a DHT inhibiting drug such as Finasteride alongside Minoxidil usually produces the best results. First results should be seen after four months, due to the timing of the hair growth cycle.

The scalp is the bedrock of healthy hair, so maintaining optimal scalp health is critical to promoting an optimum environment for healthy hair growth. This becomes even more important when experiencing hair loss. Our Trichologists recommend shampooing daily with a shampoo that contains Piroctone Olamine to cleanse away bacteria, dirt, dead skin cells, perspiration, residue from styling products and oil (produced by the sebaceous glands attached to each hair follicle).

Research into Piroctone Olamine was conducted in 150 men with telogen effluvium related to androgenic alopecia associated with dandruff6. Hair shedding during shampoo was evaluated semi quantitatively. The results showed that telogen effluvium was controlled by Piroctone Olamine at 1% concentration. Furthermore, this ingredient increased the mean hair shaft thickness while discretely decreasing the sebum (oil) output at the skin surface. This suggests Piroctone Olamine may help those experiencing hair loss, by reducing hair shedding and increasing the percentage of hair in the growth phase.

Most importantly, when using a topical solution such as Minoxidil, if hair is not washed daily, the build-up of dead skin cells and Minoxidil formula on the scalp may prevent proper penetration of the active ingredients to the follicle, which could reduce the efficacy of the medication, hindering results.

On top of clearing away grime and skin cell build-up, daily hair washing also helps keep your hair healthy and hydrated by adding moisture back into strands to promote the optimum vitality and wellbeing of your hair and scalp.

Alongside every treatment plan, we recommend washing hair daily with our Density+ Healthy Scalp Shampoo. This highly active formulation contains Piroctone Olamine and Lauryl Betaine which help create the optimum scalp environment. Developed to be gentle enough for everyday use, the formulation effectively cleanses leaving hair feeling super-clean while calming and caring for the scalp. 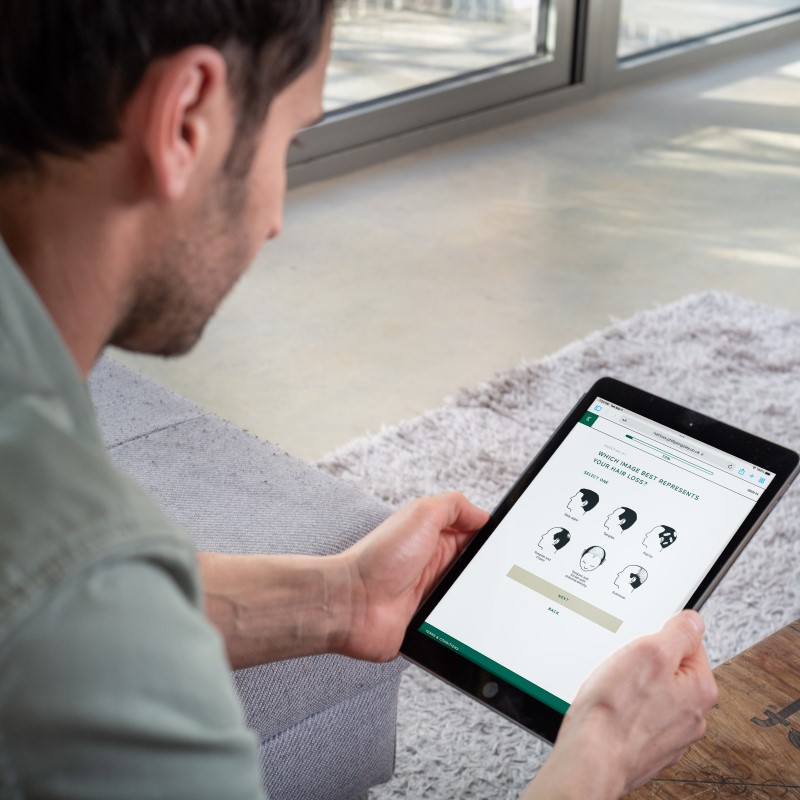 We’re here to help you. If you have any concerns you’d like to discuss, please get in touch, anytime.